The ancient city of Durrës is at once a relaxed beach town and a historical center, home to the largest amphitheater in the Balkan Peninsula! Fittingly, the city of Durrës also houses the country’s largest Archaeological Museum which shows traces of the ancient cultures that have passed through Albania, mainly Greek and Roman. Alongside its history, Durrës also provides loads of lighthearted fun. Located on the Adriatic coast and only a 30-minute drive away from the capital of Tirana, the beach of Durrës is the longest and most populated one in Albania. Modern architectural structures, like the Sphinx, the vibrant promenade and delicious seafood restaurants are a serious part of this city’s charm. The icing on the cake is the wild and untouched Cape of Rodon, a magnificent strip of land surrounded by the Adriatic Sea. Besides the natural beauty, the cape of Rodon is home to a medieval castle built by Gjergj Kastrioti Skederbeu (Albanian National Hero).

The Durrës Archaeological Museum in Durrës, Albania, established in 1951, is the largest archaeological museum in the country. The museum is located near the beach and north of the museum are the 6th-century Byzantine walls, constructed after the Visigoth invasion of 481. The bulk of the museum consists of 3204 artifacts found in the nearby ancient site of Dyrrhachium and includes an extensive collection from the Ancient Greek, Hellenistic and Roman periods. Items of major note include Roman funeral steles and stone sarcophagi and a collection of miniature busts of Venus, testament to the time when Durrës was a centre of worship of the goddess. (Source. Wikipedia)

The Amphitheatre of Durrës (Latin: Amphitheatrum Dyrrhachium) is an amphitheatre in the centre of the city of Durrës, Albania. Construction began under the emperor Trajan in the 2nd century AD and it was destroyed twice by earthquakes in the 6th and 10th centuries. It is the largest amphitheatre ever built in the Balkan Peninsula with once having a capacity of 20,000 people.

The amphitheatre is included on the tentative list of Albania for inscribing it as a UNESCO World Heritage Site. It was discovered in late 1966 and has become a popular tourist attraction. (Source. Wikipedia)

To this day, the Byzantine Forum remains the center of the modern city of Durrës, as it once was the Roman Byzantine center of the ancient city of Dyrrhachium or Dyrrah. It seems that things change only very slightly! This forum is recognized as one of the most beautiful monuments of the late Roman and the early Byzantine eras in Albania. Thanks to the concentric structures of this wide complex, the Forum bears a distinct resemblance to the Curved Forum of Constantine, which unfortunately, ceased to exist in 1204. (Source. IntoAlbania.com)

The castle was built by the Byzantine Emperor Anastasius I (r. 491–518), who came from Durrës (ancient Dyrrhachium). At the time, Anastasius made the city one of the most fortified cities on the Adriatic. The ancient walls were devastated in an earthquake in 1273, and had to be extensively repaired. Currently the medieval walls stand at nearly 15 feet (4.6 meters) in height and the three entrances of some of the fortification towers are preserved in nearly one-third of the original length of the city walls. The castle was reinforced with several guard towers by the Republic of Venice and during the period of rule in Albania by the Ottoman Empire the wall was reinforced. (Source. Wikipedia)

The Fatih Mosque is a Cultural Monument of Albania, located in Durrës. It was built in 1502 and named after the Ottoman Turkish Sultan Mehmed the Conqueror (Sulltan Mehmet Fatihu). Closed by the Communist authorities, it became a cultural monument in 1973. Its minaret was torn down but rebuilt in a more simple style after the Communist dictatorship had ended. (Source. Wikipedia)

The Cape of Rodon or Cape of Skanderbeg is a rocky cape on the Adriatic Sea north of Durrës, Albania. On the Cape is the Rodoni Castle, built by Skanderbeg in 1463 and Saint Anthony Church.

After the victorious First Siege of Krujë, the League of Lezhë decided to increase the fortifications for use against the Ottoman Empire. Skanderbeg chose the cape of Rodon as the location of the castle and construction began in 1450. The walls of the castle that was completed in approximately 1452 had a length of 400 metres (1,300 ft). According to Marin Barleti this castle was destroyed by Ottoman forces in 1467. In 1500 the castle was rebuilt by the Republic of Venice. As a result of the corrosive action of the sea waves, some of the walls are now under the waters of the Adriatic. Today the visitors can see the outer walls on the right side and the tower at the place they intersect.

The ruins of St. Anthony Church located at Rodon Cape in Durrës County are a Cultural Monument of Albania since 1963. (Source Wikipedia)

A landmark in the making, the Sphinx’s popularity has rapidly increased since it was constructed in 2015 by BOOM Landscape and Cityförster, experts of poetic landscapes and sustainable public spaces. This versatile Sphinx is for you to use as you see fit. Children frolic and play all day. Couples pick an exclusive spot with e view. A step down and you are in the sea. A step back and you’ll find yourself in the midst of the festive atmosphere of the promenade. Yet, something tells me that you will sit here for a while and let this sphinx reveal its magical secrets to you. (Source. IntoAlbania) 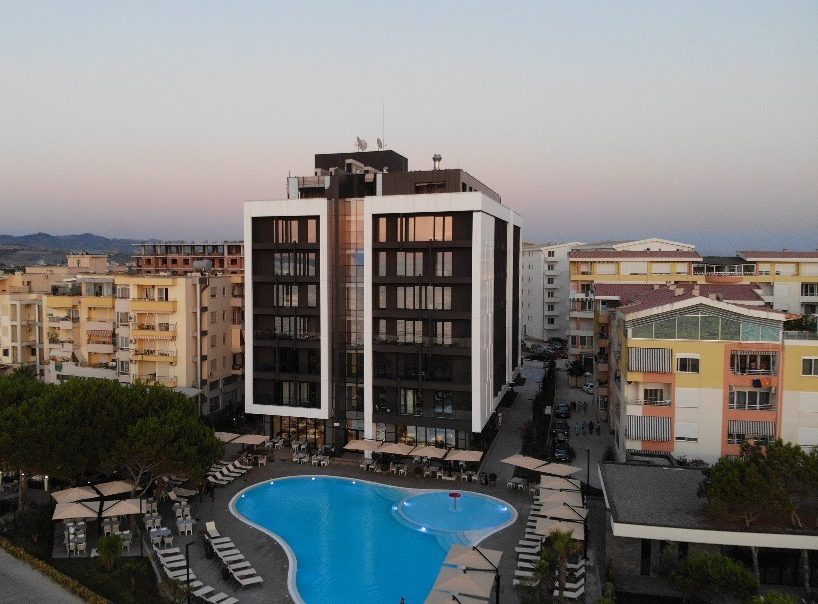 Summer is not over yet at Supreme Hotel Spa! 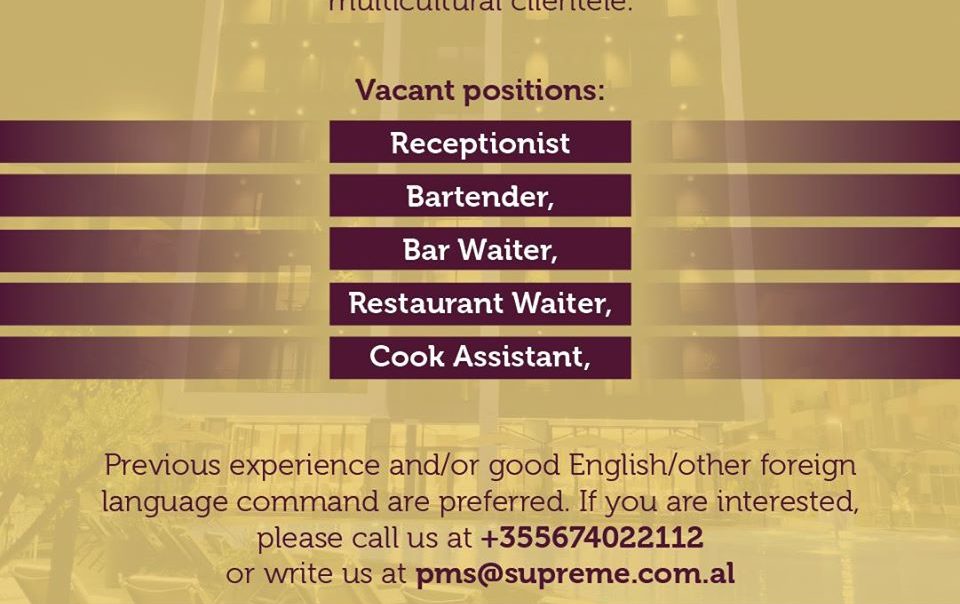 Supreme Hotel & Spa is looking for you! 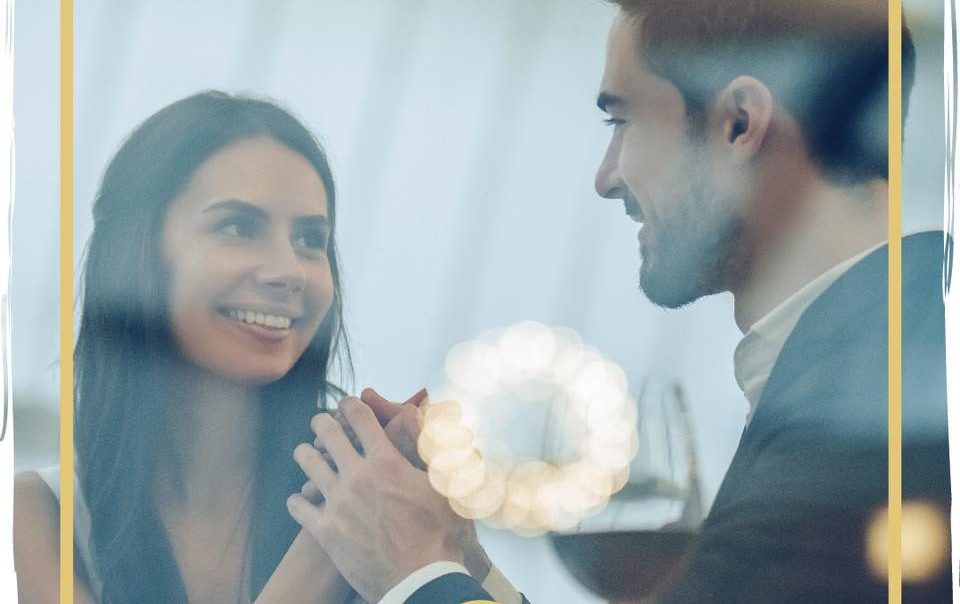